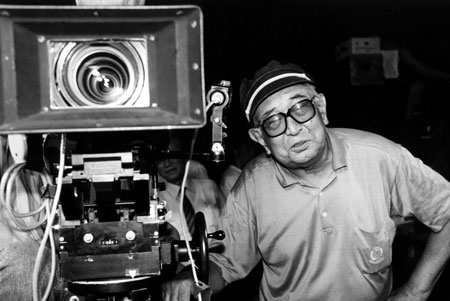 “During the shooting of a scene the director’s eye has to catch even the minutest detail. But this does not mean glaring concentratedly at the set. While the cameras are rolling, I rarely look directly at the actors, but focus my gaze somewhere else. By doing this I sense instantly when something isn’t right. Watching something does not mean fixing your gaze on it, but being aware of it in a natural way.
I believe this is what the medieval Noh playwright and theorist Zeami meant by ‘watching with a detached gaze.’”